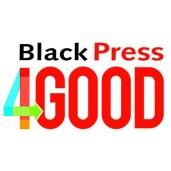 CHRIS BUSH Get ready to lace up for a skate at Woodgrove Centre. The shopping centre in north Nanaimo is converting its centre court into an indoor skating rink. The pop-up seven-metre-by-11-metre synthetic-ice rink arrives Feb. 5 and will run

Heather Colpitts Langley retiree Murray Macham recalls being a young RCMP officer stationed on the Prairies and being tasked by the brass to go to the local cemetery and clean the graves of RCMP members. “One a year we were

Matthew Claxton A simple encounter with Langley’s “hot dog guy” is one reason a local woman launched an online fundraiser to help him. Jodi Marsh ordered a dog from Miguel, owner of Gypsy Bite outside of the Langley Real Canadian

Acclaimed author Monique Gray Smith facilitated a workshop for child advocates, support workers and educators on Thursday, June 1, at the Crest in Prince Rupert. The Fostering Resiliency with Indigenous Children and Families workshop provided attendees with background information about

Carli Berry Seniors and students are coming together to celebrate spring in the best way possible: with gardening. Rutland Senior Secondary students gave Fernbrae Manor residents their own garden boxes, celebrating with seniors at a garden party. The RSS Rotary

Full steam ahead. Just hours after wrapping up the inaugural Langley Volunteers meet-and-greet Saturday, organizers are already focused on their next project – a massive recruitment drive. Now the major goal is to recruit volunteers and match them with the

A pair of chairs at Langley Memorial Hospital cost $3,200. No, they’re not by leading furniture designers the likes of Eero Saarinen, Ludwig Mies van der Rohe, or Marcel Breuer. But they are pretty special, said the hospital foundation’s Kate

Our Place chefs in Victoria rise to the challenge in fundraiser

By Kendra Wong – Victoria News Serving dinner for 500 people may seen daunting to some, but for Erica Tiedemann, it’s a welcome challenge. Every Monday to Friday, the 27-year-old Victoria chef rolls up her sleeves in the Our Place

By Rosemary Newton – North Delta Reporter North Delta resident Kirstin Hedberg describes her six-year-old son Logyn Booth as having the spirit of a warrior. The Grade 1 student first became sick when he was two years old. After invasive