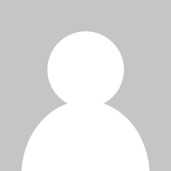 Alistair Taylor has been editor of the Campbell River Mirror since 1989.

Laurel Sliskovic runs through the trails of the Beaver Lodge Lands while in training for the Frogger 15K. — image credit: Kristen   Laurel Sliskovic insists she’s no runner. But watching her steady gait as she jogs up Hilchey Road

By Kristen Douglas Campbell River Mirror   There’s a line-up steadily forming at Radiant Life Church as platefuls of steaming hot ham and cheese casserole are being prepared. It’s 5:30 on a Tuesday night and it’s dinner time for those

Donations marched down to Hospital Foundation

The Rotary Clubs of Campbell River recently presented $10,775 to the Campbell River Hospital Foundation. These funds are the proceeds from the March for Children last December and will help purchase two pieces of equipment – a DCA Vantage for

A good reason to dance

Sandy Dennis is an active former Quadra Island resident who has been diagnosed with an aggressive brain tumour requiring immediate medial attention and surgery. — image credit: Photo submitted   Come out for an evening full of music and love in

Help the MacLeod Family recover from a fire

Firefighters douse South Murphy St. house that caught fire this morning around 11 a.m. — image credit: Alistair Taylor/Campbell River Mirror   No one was injured, but damage from a house fire on South Murphy St. Friday morning is extensive. And

Following the success of her presentations about bonobo communication styles at the Museum at Campbell River and the Quadra Community Centre this summer, Kirsty Graham and her voluntary organization, Kosepela, were able to send $1,000 to support community projects in